How I Doubled My App Store Profits in One Year 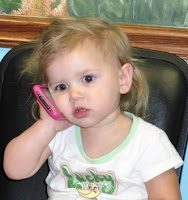 The App Store is a harsh mistress. For some, it unlocks a lifetime of riches and for others it swallows months of hard work into the dark oblivion. In between, there are those who make comfortable living or those of us who make enough to pay for a family vacation.

It's easy to forget that the mobile application market is in its infancy; it's also easy to forget what a 'smartphone' meant just a few years ago. While developers flocked to iOS and rapidly adapted their craft to deal with obsfucated method names and an endless stream of braces ']]]]', their skills only gained them entry into the App Store. As we all found out, building an App was the easy part...building a sustainable business is the hard part.

But I Just Wanted to Make An App

We all had reasons to make an App, mine was to help pick a name for our new baby boy. We ended up naming him Oscar. Ironically, Stork Drop wasn't finished until 3 months after his birth.

Building Stork Drop ended up involving a lot things that I never anticipated: lawyers, bankers, marketing, budgeting, finance, etc. It started out as a "hobby", but you quickly become more and more vested in the business of software development, not just an app developer.

Doubling Down on iOS

At some point, it became apparent to me that I was heavily investing in Apple and its iOS. I paid into the developer program, I bought a MacBook Pro, I bought an iPhone and iPod Touch. Most important, I was investing hundreds of hours programming Cocoa Touch. With all of this direct investment into iOS, I was also heaving vested in Apple's success as a company.

Indirectly, I was betting that Apple would maintain it position as the industry innovator and leader in iOS. I was betting that my investment of time, money and effort were for the long term. So, I decided to double down on my investment in iOS and invest my profits from the App Store directly into Apple stock. As the plot shows, this has effectively doubled my profits from the App Store. On the release date of Stork Drop Apple sold for $149, today it closed at $314.

The success of developers, on any platform, rely heavily on the success of that platform. Apple has made it very clear how it feels about its future when it rebranded itself as a mobile computing company. Shrewd developers who believe in the future of iOS can benefit from their success in the App Store as well as in the success of Apple as a company.