Breaking News: Educational Apps are Coming to the Desktop 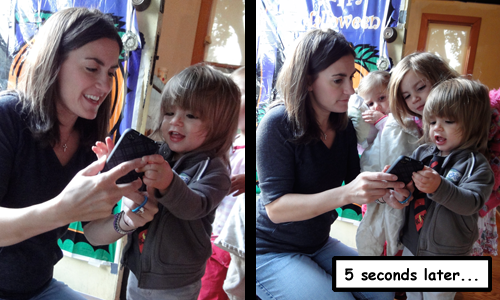 In my constant search to pawn as much of my children's education off technology, I stumbled across "The Land of Me". It is an interactive storybook about "The Land of Me". It's has nostalgic graphic design, a zen musical score, and comforting narration.  What really makes it standout is that its not available for the iPhone. It is a desktop application.

For my kids, this required a bit of clarification from me: "The computer is not just something to plug your iPhone into to recharge it." 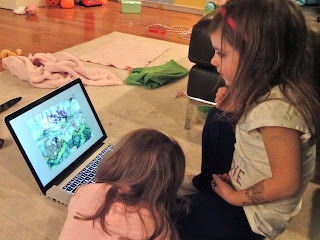 To be honest, I thought that desktop based educational games were 'done', conceding to the iPhone/iPad. I was clearly mistaken as I witnessed something very rare when going through the first chapter of The Land of Me....it completely captivated all of my kids at the same time. The only things capable of doing this is Flav-O-Ice popsicles, the Hex Girls Scooby-Doo episode, and the squirrel who likes to eat outside our kitchen window.

I also witnessed something else, they were playing together. This was a stark contrast to the iPhone, where each kid get a "turn", after which the device is begrudging handed off and the next kid huddles over the screen. We usually only get through 2 rotations before someone starts crying.

They all played "The Land of Me" together interacting with the characters, designing vehicles and monsters. There were some parts that responded to typing, so Ava (the oldest) searched for letters on the keyboard and sounded them out to her younger siblings. 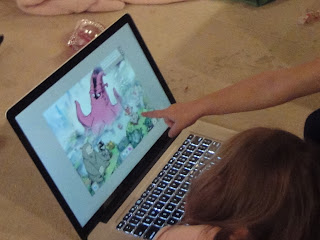 Maybe gathering around the computer is our generations equivalent to huddling around the radio to hear Little Orphan Annie (apparently it was a radio show before it was a comic, before it was a movie). There is definitely something to be said for the cooperative interactions of playing together as a family, as opposed to  just handing off my iPhone and hoping it doesn't get dropped.

The iPhone, due to its size is a device for only one person to operate.  This leads to an individual experience not a cooperative one, no matter how much you hover over your kids while they're playing,

It seems plausible that with the way technology is evolving, typing on a keyboard may be a thing of the past. Just like my parents, who walked uphill both ways to school, someday I might be regaling stories of having to type on a keyboard using my hands. But, before that time comes, I think that there still might be a place (and advantages) to educational desktop apps.

Disclaimer: Of course, the major problem with introducing your children to desktop applications after they have only been exposed to the iPhone...fingerprints.