Review: The Princess and the Frog 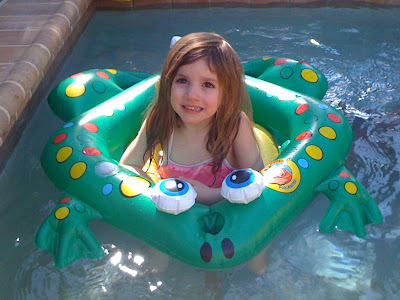 While our trip to Florida is being prolonged due to a snow storm, we were able to accomplish an important winter vacation objective: see Disney's the Princess and the Frog.

From toothbrushes to officially licensed underwear, My 4-year is completely entrenched in everything Disney princess...and by association so am I. I've always been a fan of Disney so I am enjoying revisiting many fond memories from my own childhood. All that said, we were all pretty excited to see the movie.

The Cast
As a family of 5, we still have not mastered "division of children" and bring the entire family with us to do just about everything. From grocery shopping to funerals, you'll see the entire clan. Since my wife and I both work and we send the kids to daycare 8 hours a day 5 days a week, I think it is more that we all want to spend as much time together as possible. That said we went to see the movie with a 4-year old, a 2-year old and a 9 month-old.

Dad's Review: I See the Frog But Where's the Princess?
Disney twists the plot from the original story line quite a bit, having the heroine turn into a frog. It started out fun (and no doubt save millions on animation costs), but easily 3/4 of the movie is in frog mode. There's no fancy dresses, no glass slippers, no glittering, shiny anything. Instead there was a repeating gag about the difference between slime and mucus. The focus on the frogs overshadowed the Disney magic that we've all come to expect.

This movie differs from all of the other princess movies by the presence of a positive mother figure.  Every previous movie either does not mention a mother, has the mother die, or has a wicked step-mother.  This has always seemed rather suspicious...I guess Walt didn't get along with his mother.  The opening scenes of this movie have the Tiana's mother playing a loving supportive role.  Of course, to counter that, her father dies.  For the life of me, I know understand why it is necessary to have a dead parent in the Disney universe to have a dream come true.

To summarize, the movie wasn't great.  It had a lot of formulaic elements that could be easily spotted and you could almost write the merchandising tag lines as new characters were introduced.  The transformation to frogs literally took the story away from being about a little girl and took it to the animal kingdom, where so many animated movies go.  I wonder if they will feature the movie at the Magic Kingdom or the Animal Kingdom.  The latter seems more appropriate.

I've seen my 4 year-old daughter watch Beauty and the Beast and Cinderella without blinking, but she fidgeted through most of this movie.  To me that meant she wasn't really that into it.  Personally, I kept finding myself tempted to pull out my phone and check my email. 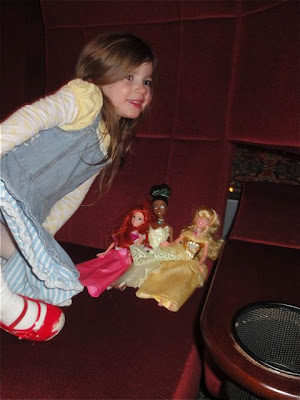 Who Care What You Think. What About the Kids
That was my opinion as someone who shelled out $10 to see it. As a dad, I just want to make sure that my kids enjoyed it, so I asked them:

4 Year-Old Review
Dad: How did you like the movie?
Ava: Why was the princess not in the movie very long?

Dad: What did you like best?
Ava: When the ghosts got the frogs.

Dad: Who was your favorite person in the movie?
Ava: The Frog.

There were a lot of characters in the movie and I could tell she had difficult following them. It took here quite a while to figure out that the girl was now a frog...and I'm not sure she still really "got it".

The movie did have about 3 scenes with voodoo (e.g. ghosts, spirits, etc.). Also, one of the main character dies very maliciously in one of the final scenes. There is an accompanying funeral which seemed very unnecessary.

9 Month-old Review
He slept through the entire thing. He might have been the lucky one.

The Aftermath
That night, my oldest daughter had nightmares about the ghosts getting the frog. The next day, when I asked her about it, she said that she loved the movie and wanted to see it again. Go figure.

It's not like any parents will have a choice; sometime you will be watching this movie. My advice is to lower your expectations and charge your phone.